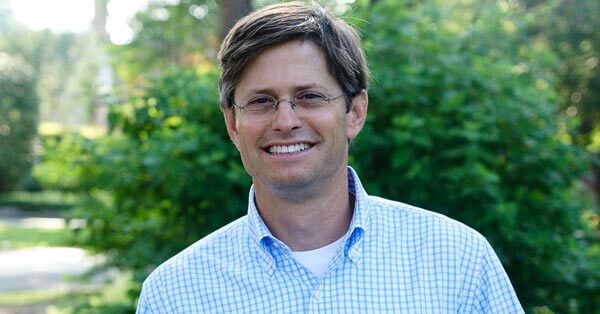 Will Bond Announces He Will Run For State Senate

Will Bond announced Tuesday that he will run for State Senate District 32. Bond lives in Little Rock with his wife, Gabriel, and three children, son Cy (14) and twin daughters Marlee and Elliott (9). Bond has been a partner in the Little Rock law firm McMath Woods P.A. since 2006. Bond previously served three terms in the House from 2003 through 2008 representing District 44 (Jacksonville). Bond was asked to serve as Chairman of the Democratic Party of Arkansas by Governor Mike Beebe, and was elected and served in that volunteer position from 2011 through July of 2013. Bond’s campaign will focus on policies that allow all Arkansans the opportunity to succeed.

We are all in this together.

“One word defines my outlook on public service and policy — together,” Bond said. “We are all in this together. Our policies must focus on what is in the best interests of Arkansas, not what is best for special interests. I will work to expand Pre-K and improve our public schools, protect and improve Arkansas’s private option, conserve our natural resources and fight for equal rights for all, regardless of race, gender, religion or sexual orientation.”

Bond is the son of former State Representative Pat Bond and Tommy Bond. He has two sisters, Melissa Bond and Kelly Bond Emerson.

We are all in this together. Our policies must focus on what is in the best interests of Arkansas, not what is best for special interests. #arleg

It is official. I am running for State Senate District 32. Check out the announcement. http://t.co/IaNuRYtU78. We are all in this together